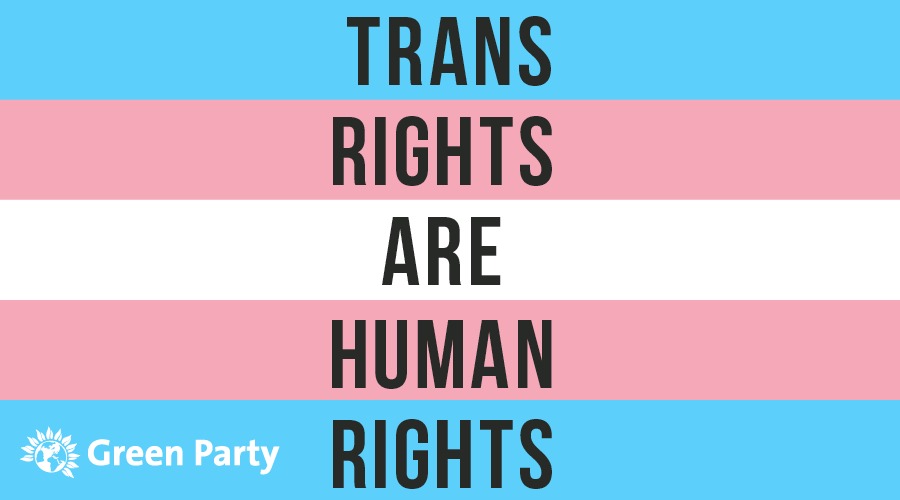 We note the recent Council of Europe report on anti-LGBTI abuse (https://pace.coe.int/en/files/29712) published in January 2022, which condemned the level of abuse in the United Kingdom in particular, and stated the following

“5. The Assembly condemns the highly prejudicial anti-gender, gender-critical and anti-trans narratives which reduce the fight for the equality of LGBTI people to what these movements deliberately mis-characterise as “gender ideology” or “LGBTI ideology”. Such narratives deny the very existence of LGBTI people, dehumanise them, and often falsely portray their rights as being in conflict with women’s and children’s rights, or societal and family values in general. All of these are deeply damaging to LGBTI people, while also harming women’s and children’s rights and social cohesion.”

We also note that the Green Party of England and Wales (GPEW) has set out a clear Trans Rights policy in RR530-538 (https://policy.greenparty.org.uk/rr.html).

We wish to reaffirm that all forms of bigotry, including transphobia, are counter to Green values – whether expressed outright or under the guise of ‘debate’ and ‘reasonable concerns’ – and have no place in our party.

We will continue to make the South West Green Party a welcoming and safe place for all, including trans and non-binary people.

We will commit our team to ongoing training on intersectional equalities, in collaboration with GPEW and in consultation with LGBTQIA+ Greens Liberation Group. We will also aim to offer training opportunities to the wider local parties.

We will continue to oppose all forms of bigotry, including transphobia, as there can be no environmental justice without social and economic justice.

We urge the Leadership, Executive, Regional Council and membership of the Green Party of England and Wales to take a strong stance against transphobia in all its forms.